Aliexpress is a great place to  buy the latest and awesome mobile phones from Huawei, Xiaomi or HTC for the price incomparably lower than in US or Europe, and particularly – cheaper than you could buy it in standard, brick and mortar store. This way you can even start reselling this phones on eBay for a nice profit. I will show you how to buy best phones, what to look for and what retailers are my favorite and proven.

In cases of mobile phones, it’s best to choose a well-proven and tested vendors. You can evaluate points of the seller, to check if he won’t disappoint you. Approved transactions should be at least 100 points, and percentage of positive ratings (Positive Feedback) – should to be at least 90%. If these two conditions are met, you can safely buy phones from this seller.

Example of a good online store is Comwingo Electronic Wholesale – more than 10 000 points and a 95% positive comments are very positive assessment, which guarantees you a safe and fast shipment.

Other interesting shops on Aliexpress with which I used are: Fantacy Technology – 2300 points and 96% positive. I’ve bought Xiaomi phones from this probably the biggest smartphone seller, including the latest Xiaomi phones.

Another seller with great price is XSS Technology Store, which has very fast shipment and besides Chinese brands, sells also western “American” smartphones, which are produced in China or Taiwan anyway, like Nokia and iPhone. You can buy  even iPhone 6 cheaper than anywhere in US, which is great opportunity for Apple fans – personally, I prefer Android phones though. Hong Kong, has the status of a special economic zone, and it was just 20 years ago UK dependent territory, therefore sellers from HK have “Western” products than sellers in mainland China. Besides, in my experience Hongkong Post is a  little faster than mainland China Post.

There are many more retailers, literally thousands, who also have great deals – but when buying a new phone for myself (or to resell on eBay) I always buy from one of those three sellers, because I was never disappointed and phones came without any flaws. What remains is only to choose from one of the models that will fit you the best – and there are countless great Chinese phones.

Check the parameters of your phone on Aliexpress

Chinese phone market is huge, there is plenty of it on new models and new phones come out literally every 2-3 months. This is because China being country with most population in the world has 1.5 billion consumers, and premium brands like Xiaomi, are fashionable and widely used there – the only western brand that is popular in China is iPhone. At the same time this  huge market forces manufacturers to continuously improve its products and release new models. That’s why Chinese mobile phones are made in the same technology as the Japanese (such as Sony), Korean (Samsung) or American (iPhone) and come from the same factories in Shenzhen, Taiwan or Hong Kong. Chinese phones have literally the same components and are assembled on the same assembly lines as its “American” or “Japanese” competitors and often surpassing them in performance, CPU clock speed and processing graphics, at a much lower price.

Check these parameters to ensure you are buying phone suited to your needs:

– Operating System – Android is most versatile and widely used in mobile phones, and supports all applications and widgets. With access to Google Play panel, it will enable phone customization and and play any format of audio and video files.

– English interface  – every phone sold on Aliexpress should have English-language menu and interface. Language version is selected is always at start-up and can be changed later from the phone settings. This is because most Chinese brand phones are based on Android, which has distribution in all languages.

– Works on any network – Chinese mobile phones are manufactured for customers all over the world and have so-called multi-band feature, which enables to operate in multiple frequency bands, both American and European.

You can also check out phone reviews, simply by typing its name into Google. Other important things which you should check when buying the phone are:

Screen size – The large display is better if you want to use the phone not only for calls, but also for browsing the web, gaming, social media, playing videos and other multimedia activities. There is now a general trend of increasing screen size and fit it in Chinese, producing phones with large, comfortable screens, in which Xiaomi especially excels.

Number of processor cores – currently sellers offer dual-core (dual core), quad-core (quad core), and the latest eight-core (octa-core). Number of cores is the number of CPU units and the eight-core phones are roughly 4 times faster than the older dual-core, which is a big difference. Faster processing power ensures great comfort web browsing on the phone, or the ability to run the latest applications, including 3D modern games or apps.

Screen resolution – ratio of pixels in the matrix. High resolution means better image quality, which can be  important for you, if you will watch videos or pictures on phone often.

Camera resolution – quality span between different models can be quite large. The basic parameter is photo resolution, expressed in megapixels (MP). Currently, cameras have even 20 megapixels, or 20 million pixels, but even 4-6 MP will give you sharp and great photos.

Now that you have chosen your model, you can buy it on Aliexpress. Refer to article “Shopping with Aliexpress step by step” or “Payments on Aliexpress” if you have any questions. Have fun and good shopping! 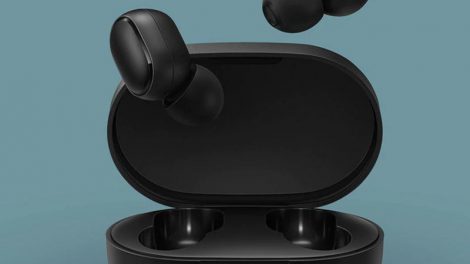 If you spend a lot of time calling with your smartphone at your ear, or maybe you may want to replace old wired earphones, it’s time for new... 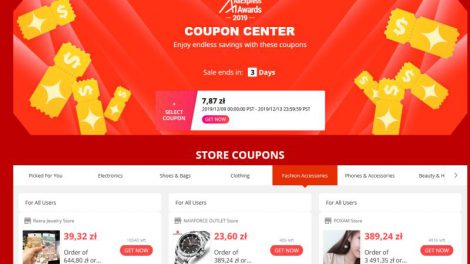 Aliexpress is the biggest shopping portal from China, selling literally everything – from small gadgets and interior design elements to...

Why you should buy on Aliexpress?
Shopping with Aliexpress step by step
Comment